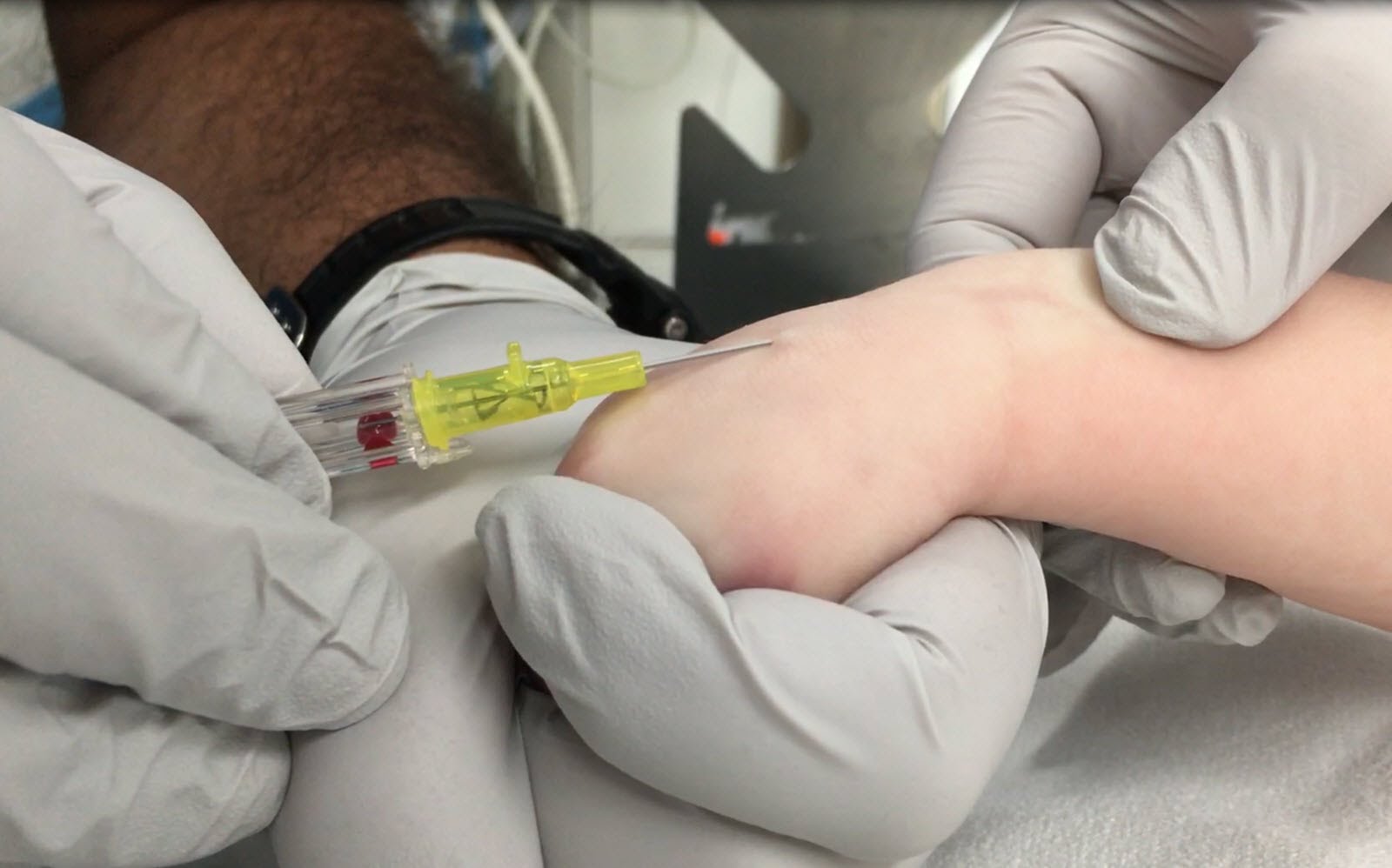 IV Intermittent Flushing or Continuous Infusions. Which is better for longevity?

As with many things in Neonatology, changes in practice come and go.  Such is the case with how best to manage an IV.  During my career I have seen advocates for both continuous infusions and intermittent flushing.  Sometimes with heparin and at other times none.  The issue at hand is how best to preserve the precious IV.  Based on opinion only I would have said that having a continuous flow through a plastic catheter should help avoid clot formation and prolong the life of an IV but what is the actual evidence to support one method or the other.

Clotting may not be the biggest issue to contend with.  When I think about the IVs that are “lost” I am more commonly approached by nurses with concerns that the site is looking “red” and ultimately becomes indurated as the catheter extravasates.  Far less common, is a concern that the catheter has simply obstructed or is reading high resistance these days.  While we flush IVs with isotonic saline, infusions of dextrose are both hypotonic and acidic which may lead to endothelial damage.  In theory then phlebitis should be lessened with intermittent flushes but could blockage due to clots still be an issue if there is no flow at the tip and lumen of the catheter?

What does the evidence show?

In 2012 Perez A et al looked at this in their paper Intermittent flushing improves cannula patency compared to continuous infusion for peripherally inserted venous catheters in newborns: results from a prospective observational study. As with the few recent papers out there on the subject, the study was small and performed over one year as an observational cohort. Out of 53 patients with 86 cannula insertions 25 had continuous dextrose infusions vs 28 who received at least one flush with NS per day.  The findings in this study were that the mean cannula patency was 62.1 hr in the continuous group vs 92.8 hrs in the flushing group.  Given the size of the study it might not be too surprising that practice did not change but that is where a more recent study may add some strength.

A more recent paper by Stok and Wieringa adds to this discussion by looking exclusively at the use for durations of antibiotics (Continuous infusion versus intermittent flushing: maintaining peripheral intravenous access in newborn infants).  As with the previous study this was an observational cohort in which a shift in practice occurred from use of continuous 5% dextrose infusions to flushing six times per day with NS through a 24 gauge IV.  The primary outcome was duration of catheter patency but several other important outcomes were followed as well in particular the time required by nursing to deal with IV issues.

A total of 115 newborns were recruited with 98 completing the analysis after excluding some patients.  Of these newborns 71 fell into the continuous infusion vs 62 cannulas in the flushing cohort.  Interestingly the main outcome was found to be no different between groups (55.42 hrs flushing vs 57.48 hrs continuous) regardless of placement site.  Also interesting is that the median number of cannula placements were no different as well.

With respect to complications the results indicate that this is more of an issue with continuous infusions and is shown in the table below.  The differences in complication rates were significant between the two groups.  Consistent with endothelial damage being more common from dextrose infusions, the incidence of phlebitis and infiltration were both higher in the continuous group.  Arguably this was not a blinded study so the diagnosis of phlebitis could be subject to bias but infiltration should have been more objective.

The amount of time nursing spent addressing IV related activities was significantly shorter with 8.8 minutes per shift vs 5.5 minutes in the continuous vs flushing groups respectively.  Statistically significant but perhaps not that clinically relevant.  Then again the extra three minutes of aggravation might be quite significant!

Finally, it may be surprising that the length of IV patency was no different between the groups but the majority of the IVs were utilized for less than 48 hours so one can only speculate what would have happened if a different target population was looked at such as babies being treated with peripheral IVs for 7 days of antibiotics as an example.  Given the differing rates of complications I would think that with longer use a difference in mean durations of patency would in fact present itself.

This is hard to say.  Opinions run strong on this topic with most members of the medical team favouring continuous infusions as they “don’t want to lose the IV”.  I suspect the way to truly look at this will not be through a randomized trial but rather a quality project in which a formal PDSA cycle is utilized to first collect our own numbers and then implement a formal change to using flushing only for those who only have an IV for antibiotics.  Certainly something to discuss with our group and perhaps your own.  If you have already done such a project and wish to share the results I would love to hear from you though!