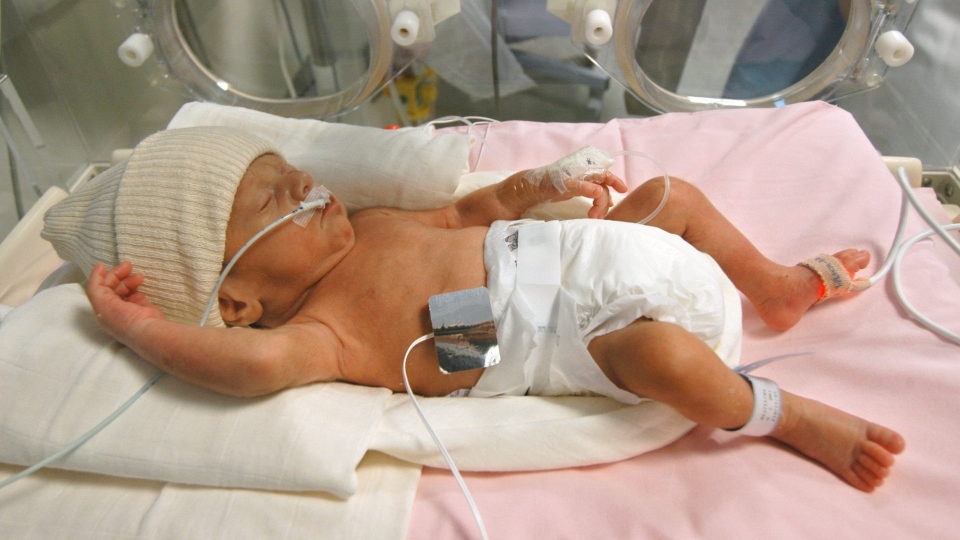 What are the real health care costs for NICU graduates?

Living in Canada we are privileged to have a universal health care system.  Privileged in the sense that all citizens are entitled to the same level of care regardless of economic circumstance although the monetary costs to the tax payer is another story and forms the basis of most arguments in the US against adopting such a system down south.  My goal of this post though is not to enter into a debate about which system is superior but rather speak of the dollars and cents attributable to being born too early or too small.

In the US such measurements are simpler as costs are more easily measured in a private health care system but each health care region in Canada can measure to a certain degree the costs associated with a hospital stay.  Certainly the story of Raquena Thomas made this clear to me.  In 2007 she was born in Edmonton after her mother left Jamaica for a visit with family in Edmonton.  After delivering she was found to have hypoplastic left heart syndrome (HLHS) and went on to have the first stage of the Norwood procedure.  What followed was a bill to the mother for $162576 and for commentary on the discussion that ensued about who should pay the bill see the article here.  As I was working at the Stollery Children’s Hospital at the time and cared for this infant it was clear to me after this experience that the hospital indeed has a clear method to calculate costs even if we the taxpayer are blind to such calculations.

Now HLHS is a condition that affects very few infants a year in any given province but what about low birth weight and preterm birth?  This as we say in Neonatology is our bread and butter.  In 2009 Lim et al published data on the Canadian population in attempt to ascertain the health care costs for these groups of patients (CIHI survey: Hospital costs for preterm and small-for-gestational age babies in Canada)

In this period 1 in 7 babies was born either preterm or small for gestational age.  If specifically looking at infants < 2500g defined as low birth weight this represented 6% of all babies born.  When you factor in that there were 350000 babies born in that year in Canada we are looking at about 21000 babies nationally. 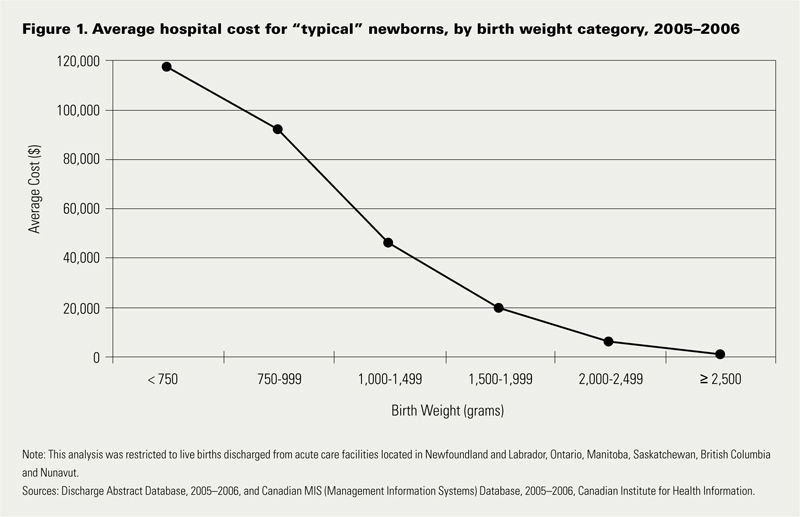 Looking at the costs for these infants one sees a direct relationship between decreasing birth weight and increasing costs in the hospital.  This should not be surprising to anyone.  It should be noted though that the paper provides average costs only without standard deviation or ranges.  As you would expect, the costs for a patient with severe HIE or NEC would be higher than the 26 week infant who has a very smooth course and does not have a symptomatic PDA, severe IVH or any other significant disability during their course.

The data looking at such costs is scare with respect to the Canadian landscape and even more difficult to determine has been lifetime costs or at least incremental costs after leaving the hospital environment.  I was delighted to see that former colleagues of mine in Edmonton have published a new paper examining both the extent of health service utilization (HSU) attributable costs in the year following discharge of both LBW and normal birth weight peers in Alberta (abstract here).  Not surprisingly, smaller babies have more medical needs.  In this study LBW patients had an average of 5.9 outpatient services and 1.1 visits to the ER in the first year of life compared to 2 and 0.9 in the normal birth weight peers.  Physician services were double with 22.7 office visits compared to 11.9 in the NBW group.  The costs to the Health Care system overall are represented in the table below which demonstrates that the LBW infants make up 37% of the total health care costs of newborns yet represent only 6% of the population.  In terms of risk factors for LBW they were high prepregnancy weight, aboriginal women and low socioeconomic status.  Efforts to lessen the incidence of the first and third factor in our pregnant population would be a good target for public health efforts.  Bear in mind that the costs outlined below are in addition to the costs in the hospital.

The analysis provided in this paper does not specify out the costs by certain conditions such as NEC or BPD so all we have to go on are averages for HSU and cost.  It does however raise a point which I believe is crucial to any discussions with respect to expanding programs within the hospital.  We need to refocus administration at both the hospital level and at the funding source (our provincial governments) as to the true costs of the conditions that we are trying to prevent.  It is only through looking at the costs of both the hospitalization and after discharge that we can truly come to understand the cost effectiveness of expanded programs or new treatment modalities.

Donor breast milk is one that I believe serves as a good example of a program that is in need of expansion in many places in the country but is hampered by the perception of high up front costs.  The average cost of this milk is about $4 per ounce.  I will simplify the math a little as there would be a phase of escalating the volume per day and a wean at the end but let’s say we have a 1.5 kg infant that we want to treat with DBM for a period of 4 weeks.  The cost to do this assuming a TFI of 150 mL/kg/d would be a little over $800 per patient so with the increasing phase, wean and adjusting for some weight gain let’s say $1000 per patient.  If there were 200 such patients in your hospital each year the annual cost would be $200000 which on the surface seems like a lot of money.  From the most recent cochrane review though comparing formula to donor milk the risk ratio to develop NEC is 2.77 meaning that a preterm baby who receives formula is nearly three times as likely to develop NEC.  Ignoring differing rates of NEC by hospital let’s just use the concept that we could prevent one case of NEC a year with such a strategy.  The cost of medical NEC is somewhere between 100-140K while surgical is 200 – 240K.  The in-hospital costs of preventing just one case nearly pay for or exceed the cost of the entire years supply of DBM.  If you add to this the cost of the following years of physician visits, consultants, testing, special diets and investigations and procedures these patients receive the costs are more than covered from just one patient.

Health care budgets are no doubt a difficult thing to balance but the point of all of this is that when determining whether to spend our precious health care dollars we must look at not only the impact during the hospitalization but for years after if we truly modify future risks as well.