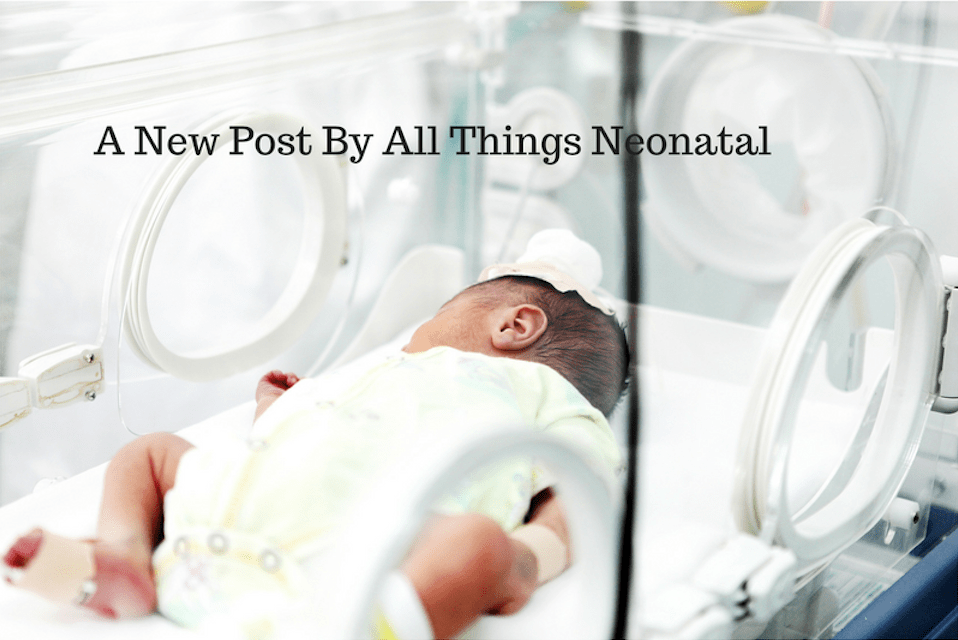 In the first part of this series of posts called Can prophylactic dextrose gel prevent babies from becoming hypoglycemic? the results appeared to be a little lackluster.  The study that this blog post was based on was not perfect and the lack of a randomized design left the study open to criticism and an unbalancing of risks for hypoglycemia.  Given these faults it is no doubt that you likely didn’t run anywhere to suggest we should start using this right away as a protocol in your unit.

Another Study Though May Raise Some Eyebrows

New Zealand researchers who have been at the forefront of publications on the use of dextrose gel recently published another article on the topic Prophylactic Oral Dextrose Gel for Newborn Babies at Risk of Neonatal Hypoglycaemia: A Randomised Controlled Dose-Finding Trial (the Pre-hPOD Study).  As the short study name suggests “Pre-hPOD” this was a preliminary study to determine which dosing of dextrose gel would provide the greatest benefit to prevent neonatal hypoglycemia.  The study is a little complex in design in that there were eight groups (4 dextrose gel vs 4 placebo) with the following breakdown.

Dosing was given either once at 1 h of age (0.5 ml/kg or 1 ml/kg) or three more times (0.5 ml/kg) before feeds in the first 12 h, but not more frequently than every 3 h. Each dose of gel was followed by a breastfeed. The groups given prophylaxis fell into the following risk categories;

Blood glucose was measured at 2 h of age and then AC feeds every 2 to 4 h for at least the first 12 h.  This was continued until an infant had 3 consecutive blood glucose concentrations of 2.6 mmmol/L.  With a primary outcome of hypoglycemia in the first 48 hours their power calculation dictated that a total sample size of 415 babies (66 in each treatment arm, 33 in each placebo arm) was needed which thankfully they achieved which means we can believe the results if they found no difference!

One might think that multiple doses and/or higher doses of glucose gel would be better than one dose but curiously they found that the tried and true single dose of 0.5 mL/kg X 1 offered the best result.  “Babies randomised to any dose of dextrose gel were less likely to develop hypoglycaemia than those randomised to placebo (RR 0.79, 95% CI 0.64–0.98, p = 0.03; number needed to 10.”

Looking at the different cumulative doses, the only dosing with a 95% confidence interval that does not cross 1 was the single dosing.  Higher and longer dosing showed no statistical difference in the likelihood of becoming hypoglycemic in the first 48 hours.  As was found in the sugar babies study, admission to NICU was no different between groups and in this study as with the sugar baby study if one looked at hypoglycemia as a cause for admission there was a slight benefit.  Curiously, while the previous study suggested a benefit to the rate of breastfeeding after discharge this was not noted here.

The randomized nature of this study compared to the one reviewed in part I leads me to trust these findings a little more than the previous paper.  What this confirms in my mind is that giving glucose gel prophylaxis to at risk infants likely prevents hypoglycemia in some at risk infants and given that there were no significant adverse events (other than messiness of administration), this may be a strategy that some units wish to try out.  When a low blood glucose did occur it was later in the group randomized to glucose gel at a little over 3 hours instead of 2 hours.  The fact that higher or multiple dosing of glucose gel given prophylactically didn’t work leads me to speculate this may be due to a surge of insulin.  Giving multiple doses or higher doses may trigger a normal response of insulin in a baby not at risk of hypoglycemia but in others who might already have a high baseline production of insulin such as in IDMs this surge might lead to hypoglycemia.  This also reinforces the thought that multiple doses of glucose gel in babies with hypoglycemia should be avoided as one may just drive insulin production and the treatment may become counterproductive.

In the end, I think these two papers provide some food for thought.  Does it make sense to provide glucose gel before a problem occurs?  We already try and feed at risk babies before 2 hours so would the glucose gel provide an added kick or just delay the finding of hypoglycemia to a later point. One dose may do the trick though.

A reader of my Facebook page sent me a picture of the hPOD trial which is underway which I hope will definitively put this question to rest.  For more on the trial you can watch Dr. Harding speak about the trial here. 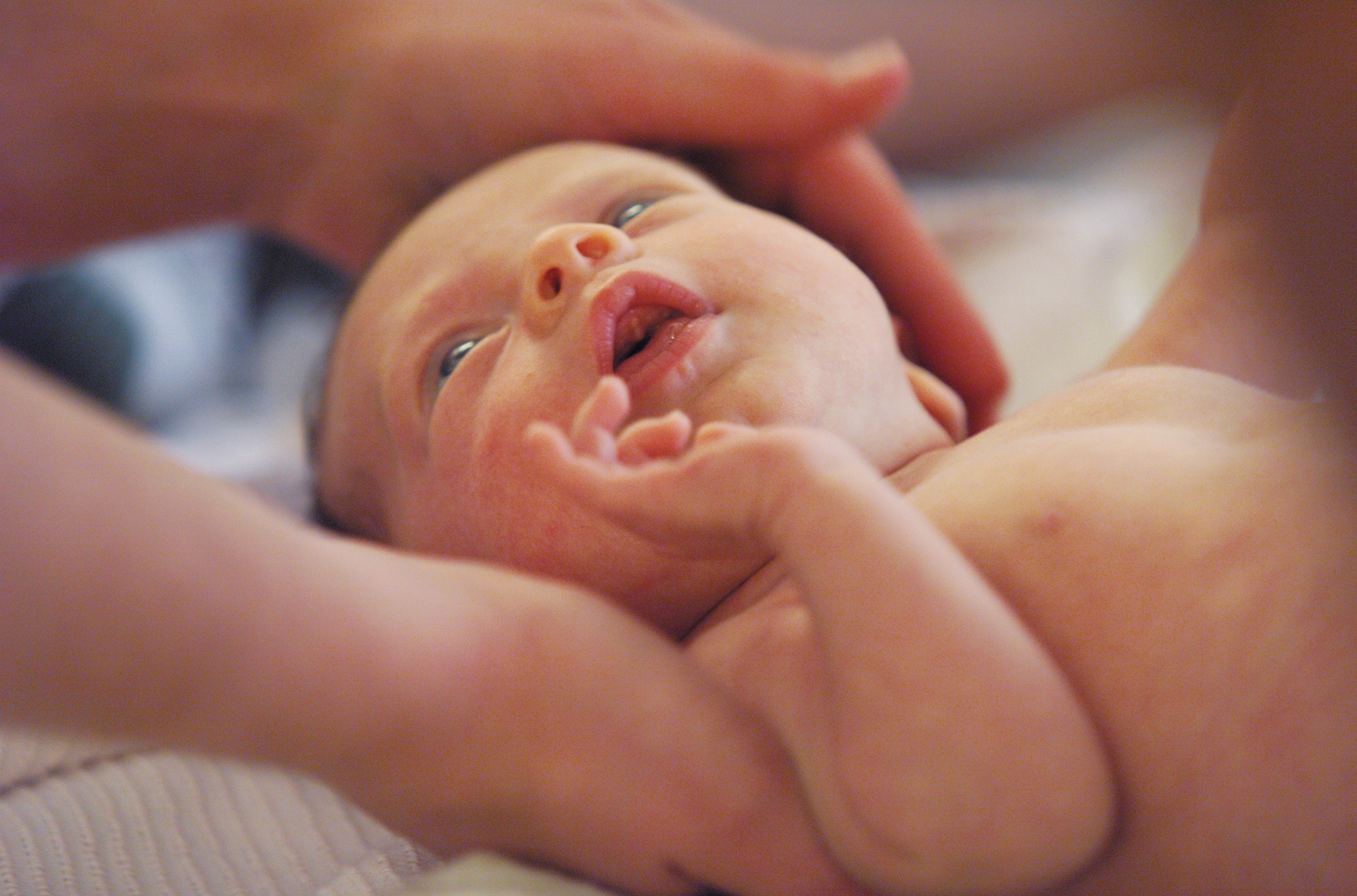 Dextrose gel for hypoglycemia: Safe in the long run?

The Sugar Babies trial was the subject of a post earlier this year as the largest trial to date examining the effects of using dextrose gel to treat hypoglycemia.  For an analysis of the use of gel in this situation please see the original post Glucose Gel For Neonatal Hypoglycemia: Can We Afford Not To Use It?

In summary though, the trial involved 118 infants who received 40% dextrose gel vs 119 who received a placebo gel. All of the infants in this study were selected based on risk factors for hypoglycemia (IDM, IUGR, LBW, LGA, near term) and were all 35 weeks or greater. Each infant had to be less than 48 hours of age when enrolled. Infants received 0.5 mL/kg 40% dextrose gel (200 mg/kg). This was designed to deliver the same amount of sugar as would be given with a D10W bolus of 2 mL/kg. In order to receive the treatment the blood glucose had to be < 2.6 mmol/L so equivalent to our own standards in Canada and the US. Treatment failure, which was the primary outcome was defined as a blood glucose < 2.6 mmol/L despite two treatments with gel.  The studies most important findings were a reduction in NICU admission and greater breastfeeding rates at 2 weeks of age (due to avoidance of formula feeding to keep the glucose stable).

But Is It Safe?

With any new strategy though, questions arise regarding safety of the product in the long term.  As one reader commented after the original post, could the red dye be harmful in some way or perhaps some other constituent of the gel?  The authors of the original study have now published the follow-up paper entitled Outcome at 2 Years after Dextrose Gel Treatment for Neonatal Hypoglycemia: Follow-Up of a Randomized Trial.  The findings were a little concerning to me in that there was a high rate of neurosensory impairment in both arms (sham and glucose gel) with the following findings.  None of the differences were significant however.

Looking at these results you could be dismayed that the glucose gel did not show any benefit compared to standard therapies for hypoglycemia but if you look at the original study one could equally ask why would we have expected it to?

Should The Results Surprise Us?

All of the newborns in either arm had an episode of hypoglycemia recorded in order to qualify for entry into the study.  The glucose gel was effective compared to placebo in reducing admissions and increasing breastfeeding rates (which one might think would improve outcomes) but we don’t know what the drop off rate in breastfeeding was after 2 weeks. What I can say though is that if there were significant adverse side effects with the glucose gel I would have expected to see some differences in outcome favouring the placebo group which did not occur.

An additional issue is we know that the placebo group had more treatment failures meaning they would have had more newborns in the original study with a second low glucose.  Would this favour a worse outcome in the placebo group?  If so does the equivalence in groups suggest that the dextrose gel might worsen outcomes?

Unfortunately, what this study is really missing is some indication of how low and how long the blood sugars remained under 2.6 mmol/L in both arms of the study.  We know the mean low glucoses were similar but what about duration and range? While the rates of mild, moderate and severe impairment are the same we don’t know how severe the hypoglycemia was which if unbalanced between the groups could actually lead to very different conclusions here.  For example, let’s say the glucose gel group had an over representation of infants with 3 or more episodes of hypoglycemia compared to the placebo arm.  The fact that the outcomes are equivalent would suggest that the glucose gel is in fact protective.

What Can We Say?

I suspect that while glucose gel is effective, to truly assess harm across many different aspects of development we will need larger sample sizes.  We also have to take the results of this study with a grain of salt as so many that have come before it have seen outcomes at school age reveal different findings than when assessed at 2 years of age as in this study. From my standpoint though I will continue to advocate for the use of glucose gel as the reduction in NICU admissions and enhancement of breastfeeding rates especially if sustained are well worth the efforts to implement this strategy if you aren’t using it already.