The Tricorder is Closer Than Ever To Becoming Reality. Innovation to reduce blood sampling 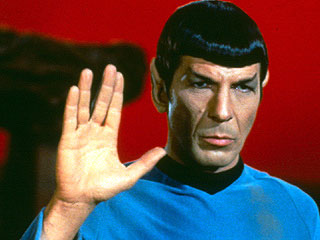 Leonard Nimoy passed away February 27th and shortly afterwards a paper was published that his character Spock would have been proud of.  For those of you who know me you will surely appreciate that I try to minimize blood work as much as possible in our infants.  That is not to say that other colleagues don’t but in my case it may border on an obsession.  I am always on the lookout for technology which helps to achieve this goal that is both accurate and safe to use in our population of neonates.

We are all familiar with Masimo as the providers of the Radical-7 Co-Oximetermonitors that we use in our units.  They are highly accurate and provide our histogram analysis which we employ to minimize oxygen use in the units.  Some time ago an additional capability was developed which allows the non invasive continuous measurement of hemoglobin (SpHb), along with carboxyhemoglobin and methemoglobin.http://www.masimo.com/hemoglobin/ This technology had been validated in adults and infants > 3000g limiting its widespread applicability in many Neonatal Units.  In adults however it had been shown to reduce likelihood of transfusion as a significant benefit.

The publication referred to above is entitled Validation of noninvasive hemoglobin measurement by pulse co-oximeter in newborn infants by Nicholas et al. J of Perinatology; March 5, 2015:1-4. (http://1.usa.gov/18zmEqV) What drew me to this observational study comparing continuous measurement of HgB to serum HgB samples was that the population studied were infants all less than 3000g.  Sixty one patients were enrolled and at three different time points between 2-10 days, serum HgB was compared to SpHb.  The patients had a birth weight mean of 1177 +/- 610g with 48% of the subjects having a weight < 1000g.

The results were quite interesting to me. The mean difference between HgB and SpHb was -0.9 +/- 16.7 g/L for the whole group and for infants < 32 weeks -2.3 +/- 16 g/L.  The correlation coefficient for the whole sample was 0.66 and for the <32 week group 0.69.  What does this mean? The correlation coefficients suggest that the relationship between the two variables is not quite linear, as a true linear relationship exists as you get closer to a correlation coefficient of 1.  The standard deviations are quite large for these samples so for example a patient with a true serum HgB of 100 could have a measured HgB of either 67 or 137 at the extremes but on average would have a SpHb of 97.  This may not seem to be that great a correlation but it may be the trend that is more important than the actual number. This is similar to the concept of using trends in transcutaneous or end tidal CO2 sampling in ventilated patients.  What will likely need to be teased out in a larger cohort though is how much agreement there is in an individual patient over time.  If a patient is reading 10 g/L below on the first serum HgB measurement what will it read later in the patient’s course as HgB levels change.  Also as the authors state it is unclear what effect polycythemia and anemia or low perfusion state might have on accuracy since these infants were studied only over a maximum 8 day period.

So where does this leave us?  The technology has now been studied in a population of infants that comprises the largest cohort of infants that have HgB monitored frequently.  If the technology is capable of trending HgB for us then I think there may be some use.  Would we need to draw a CBC every two weeks as an example if the SpHb was reading > 100 and a first and second CBC showed that for that patient the result was within 10 or 15 g/L of the true value?  Could we use such a continuous reading to warn us of a severe IVH or pulmonary hemorrhage as it is happening?  Certainly such information if accurate would be useful.  A trial of this technology may be warranted!

While this post has focused on one advancement, the fictional Tricorder is not far off from reality but it is currently separated into many different devices.  We now have contact lenses and subcutaneous devices that can measure glucose continually (http://bit.ly/1awuqQI), endotracheal tubes that can provide continuous pCO2 measurement and the ability to measure bilirubin non-invasively just to name a few.  As the technology becomes more sophisticated with time I have no doubt that we will see a drop worldwide in the number of skin breaks we see in our patients and that for me is a step in the right direction.