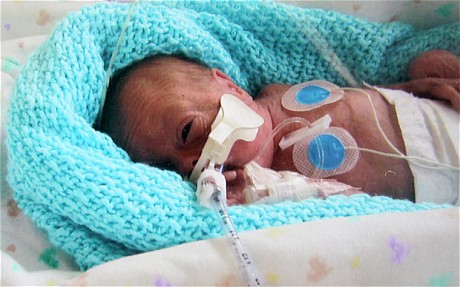 A judge has granted a man the right to a physician assisted death in Manitoba as reported by the CBC yesterday.  Given this landmark ruling based on a change in the Canadian stance allowing such decisions the question turns to children and then neonates.  At the present time this stance does not apply to these populations but it is fair to ask the question… what if it did?

As the saying goes “the more things change the more they stay the same”.  In 2005 I was but a year into my career as a staff Neonatologist and we were discussing whether we should resuscitate 22 and 23 week infants.  Sound familiar?  In the back and forth discussion, one of the things that came up from time to time was that the Dutch at least had the option of euthanasia to fall back on if they decided to resuscitate an infant and then the family or care providers changed their minds.  It was not necessary to prolong the suffering of the family and patient in the face of futility.  I remember being shocked by such a ruling in Holland’s legal system, as euthanizing a newborn in North America was and still is today something that most could not come to grips with. Nonetheless the Groningen protocol as it became known, was introduced in 2004 by Eduard Verhagen the medical director of the department of Pediatrics at the University Medical Center Groningen and became endorsed almost 10 years ago to the day by the Dutch Society of pediatrics.

Although many of you may be caught off guard as you read this, it really did generate a fair bit of attention here in North America and has been the subject of many articles and news reports over the years.  The Groningen protocol is quite extensive as shown in the table.

The key elements to the protocol are:

(1) diagnosis and prognosis must be certain

(2) hopeless andunbearable suffering must be present

(3) a confirming second opinion by an independent doctor

(4) both parents give informed consent

(5) the procedure must be performed carefully, in accordance with medical standards.

There were some that worried birth at 22 weeks would meet this criteria and lead to ELBW infants being euthanized after a few hours of life rather than using the method of comfort care that we are accustomed to in North America if carrying on seemed futile.  Although the outcome is the same, the route to get there is clearly different.

So the question then is what has happened in Holland since this practice was made permissible by the courts?  In 2005 shortly after the protocol was introduced, Verhagen published a piece in the NEJM reviewing all the cases of newborn euthanasia from 1997 – 2004.  In all there were 22 cases each of which involved a case of spina bifida and in most quite severe.  Interestingly there were no cases of premature infants.

What Happened in Holland Over Time

In 2013 he published a a second article in which he acknowledged that worldwide people were concerned that a slippery slope would occur in Holland. As such, he examined all neonatal deaths in NICU from 2005 – 2010.  Withholding or withdrawing treatment was the reason for death in 95% of cases.  During that period only 1 patient with Osteogenesis Imperfecta type II was classified as euthanasia.  This dramatic decline from the pre 2005 state may seem surprising but it is offset by an increase in second trimester terminations after ultrasound at 20 weeks became standard practice in Holland.  Previously it was only offered to those over 35 years of age.  In fairness, he does acknowledge that there could be underreporting occurring but as he points out, given the lack of consequence in the legal system provided that the protocol is followed there would be little reason to not report as such.  There are some cases of paralytic use described in what was classified as withdrawal of support in which the medication was used to treat the gasping efforts of the infant in the last moments of life.  While these cases are technically euthanasia, in that the end of life is no doubt hastened, at that point it could be measured in minutes.  Is that so wrong if the team views this as distressing to the patient and family.  Perhaps yes in some eyes but ask yourself if it is that different from knowingly pushing doses of narcotics higher in the same circumstance which achieves the same end point at times.

So it would seem that the rate did not increase and in fact a marked decrease actually occurred.  Curiously a second study has been just released Dutch neonatologists have adopted a more interventionist approach to neonatal care.  The study is a joint effort by the Dutch including Verhagen and Dr. Janvier of St. Justine in Montreal who we were fortunate to hear speak recently in Winnipeg.  The paper describes a very interesting phenomenon.  The authors compared all infants born at > 22 weeks who either died in the delivery room or in the NICU in two epochs; 2001 – 2003 and 2008 – 2010 specifically looking at measures of intervention in the two periods.  Would more legal clarity making it permissible to end a life lead to higher mortality in the second period, as a marker of less invasiveness?  In both periods there was only one patient that received comfort medication in the delivery room.  Furthermore, there were no differences in the number of patients dying in either site.  As described in the 2013 paper there were increases in the rate of termination of pregnancy in the second period but there is no support for the argument that the Dutch became less interventionist after the relaxing of laws on euthanasia.  Lastly as further evidence that they went the other way, length of stay increased significantly in the NICU from 11.5 to 18.4 days in the second period reflecting less withdrawal in part.

What Conclusions Can We Draw About Our Own Populations?

As the title of this post suggests, it would appear that much of the worry in 2005 has simply not come to pass.  Yes there has been a shift to termination for congenital anomalies in the second trimester but that would be no different from our practice in North America.  I can’t help but draw parallels between the arguments for the legalization of some drugs such as marijuana and euthanasia.  The decriminalization of the former is expected to have the benefit of reducing crime and perhaps even abuse of the drug as it no longer becomes as attractive once it is no longer “sinful”.  Has a similar effect happened in Holland perhaps by bringing the discussion to the world stage?  It may well be that the change in law in Holland created the opposite effect whereby the Dutch painfully aware that they were being “watched” became even more reluctant to hasten the time of death in these situations.  There is no doubt that something changed after 2005 as they became more interventionist and not less.

A final thought has to do with a thought that Dr. Verhagen raises in the 2013 piece.  Has the transition to a model of terminating pregnancies in the second trimester been a good or bad thing.  He argues that ultrasound is not as predictive in terms of diagnosis as examining a patient after birth.  When an infant is in front of your eyes, facial features combined with enhanced imaging may reveal a change in diagnosis compared to what is determined antenatally.  Similarly, a patient with a seemingly inoperable heart defect may have a slightly different scan after delivery which provides some options for the family.  If examination after birth is superior to antenatal diagnosis in terms of accuracy, are we doing the right thing by forcing families to decide on termination prior to delivery?  In Holland the option exists although clearly not being taken to assess a patient after birth and then if the diagnosis meets the Groningen protocol a life can be ended early.  It can be argued of course that euthanasia is not the only option and that one can choose not to feed and withdraw life-sustaining treatment.