After a neonatal stroke what can parents expect?

Those are the first words that a parent given the diagnosis of stroke says after hearing the news. It is perhaps one of the worst nightmares a new parent can have. A baby is carried to full term and is born after a seemingly uneventful delivery with normal apgar scores. The family spends the first day together getting to know each other and planning for life outside the hospital. Then sometime between the first and third day of life the parents note their infant shaking an arm or leg repeatedly and call the nurse for assistance. A physician arrives and informs the parents that she believes their newborn is having a seizure and orders phenobarbital, which the parents have never heard of. Shortly afterwards, the family is told that their child needs an MRI and an hour later when the report comes in their world is shattered as they are informed that their infant has a stroke.

At this point their minds flood with memories of elderly relatives or assisted living homes where they met people with strokes and with that their world and dreams are vanishing in front of their wyes.. Lost is the sense that they will have a normal child when they go home but is this what they should expect or is the experience of the family in the following video what is more likely to occur.  Such a story told through the experience of a family in this TED talk so well captures the essence of these feelings that I urge you to watch it before moving on.

In our babies illness a life’s lesson

Shocking as it may be to hear that a newborn has had a seizure, the reality is that the frequency of such events is no different than in adults. Moreover the newborn period has the highest rate of stroke than any other time in childhood. The overall incidence of neonatal seizures is between 1:2000-3000 live births.

Stroke in a newborn is frightening and from the International Pediatric Stroke Study we have the following figure that provides information as to what these children present with.  The symptoms usually present as they did in the case above sometime after 24 hours and consist of the following.

How do they do in the long run?

more than 15 years ago and intermittently reported on their neurological outcomes. In the most recent report at age 9 years published in 2008 the results indicated that of the original cohort of 31 patients about 30% had hemiplegia. Interestingly with respect to cognitive outcome the results were just as promising or perhaps even better in that 21/27 assessed at 9 years had normal intelligence. Of the six children who had an IQ below normal, the lower results may have been explained by something other than a neonatal stroke. Two patients were dysmorphic but without a specific diagnosis, one child had autism, one was too shy to be tested so perhaps had normal intelligence and the last child had signs on the original MRI of significant ischemic damage to the brain stem suggesting an additional insult over and above the arterial stroke.

In the Hammersmith cohort almost all patients suffered a left MCA infarct which for reasons that remain unknown is the most common territory affected.  The next most common location is the posterior circulation and was the subject of a paper by L de Vries on outcome at a mean age of 36 months. 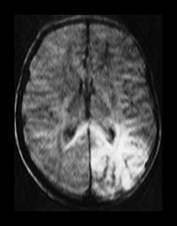 Out of the 17 patients followed, 5 had a global delay with 9 having visual defects.  The presence of visual defects is not surprising given the finding that the infarct in the posterior circulation caused injury to the periventricular white matter.  This area of the brain of course is where the optic radiations pass through leading to such a disability.  Interestingly only one of the 17 that were followed had a hemiplegia.

As you can see the likelihood in the newborn with a stroke is that they will recover their motor function a great deal and unlike the adult with a similar stroke they are capable of a “rewiring” that provides hope for those parents after the initial devastation of hearing the word “stroke” for the first time.

What features provide a high likelihood of later impairment?

As was shown by Mercuri et al in 1999 the existence of a stroke involving the basal ganglia, internal capsule and hemisphere is predictive of motor impairment. The basal ganglia and other structures mentioned are comprised of several different areas that are labelled in the picture of the brain and are comprised of the putamen, caudate, globus pallidus, the substantia nigra, nucleus accumbens and subthalamic nucleus (the last three not labelled below).  Injury to any of these structures along with the internal capsule and other area of the hemisphere would not have a probable good outcome. 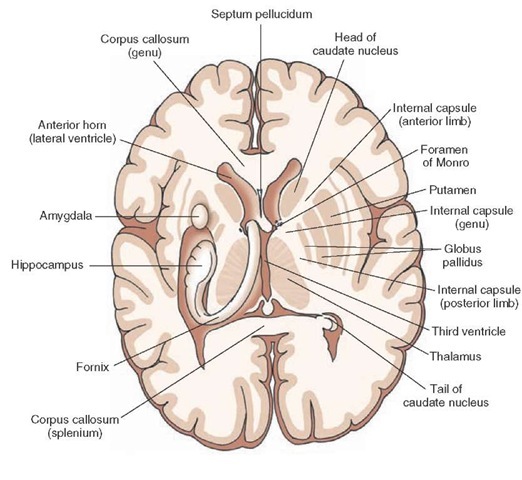 Additional work done by the International Pediatric Stroke Study in 2011 indicated that the following features were predictive of adverse outcome. 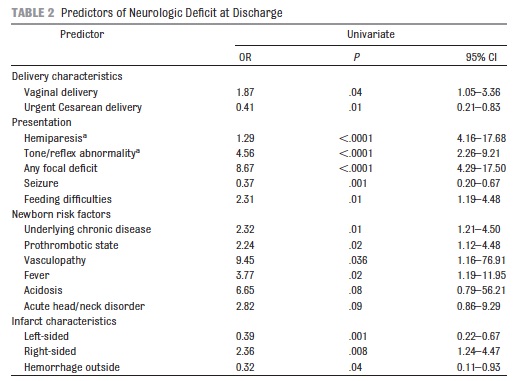 It is important to note that this was outcome at discharge for 250 neonates with stroke.  It will be interesting to see if the 50% motor impairment at discharge in this cohort diminishes over time as in the Hammersmith group.

So when we look back at the video that is featured in this post I question whether this family was given good information at the outset.  Maybe if someone had put together a post like this to share with them (and to put it into slightly more lay terminology) they would have had fear replaced by cautious optimism.

Who knows maybe this post will reach someone and spare them some of the anguish that I imagine this family must have faced?