Is Cannabis To Blame For The Rise In Rates of Gastroschisis? 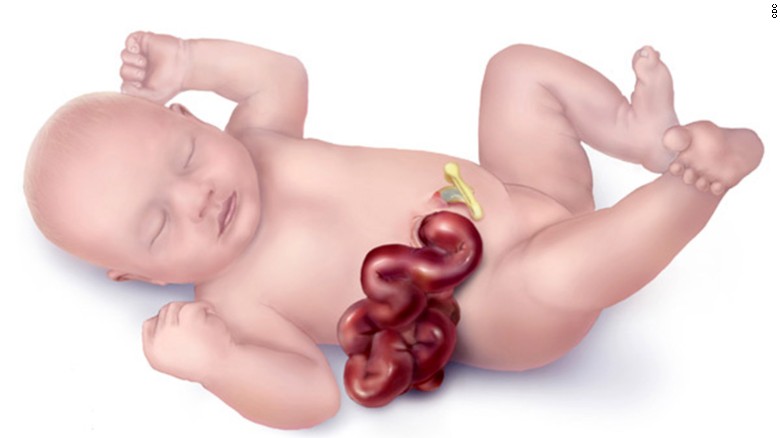 Gastroschisis, a condition in which the bowel herniates out of the abdomen during fetal development, is on the rise.  The rising incidence which occurs about 2000 times a year in the US caught the interest of CNN in a piece on their site this week.  Canada is no different with rates seeming to increase steadily over the last decade or so and many of us who care for these infants are left scratching our heads as to why.

What Causes Gastroschisis to Occur

Interestingly, the site of herniation is almost always to the right of the umbilicus and the most prevalent theory out there is that a vascular insult during fetal development leads to a weakening in the developing abdominal wall.  The bowel then herniates through this insufficiency.  What then could could explain the near universal occurence on the right? The Vascular Disruption Theory.

If you work in the field of Neonatology one of the first surgical truisms you learn in that gastroschisis occurs most commonly among very young mothers.  Broadly speaking, gastroschisis also tends to cluster among women of low socioeconomic status (SES) and all that goes with that designation.  Poor diet, education and drug use are intimately linked with the condition but in the end the proxy may be low SES.  When it comes to drug use it is the drugs that have vasoactive properties that are most often associated with heightened risk for the condition.  Such drugs include, amphetamines, cocaine, as well as ibuprofen, acetaminophen. Finally, smoking likely secondary to nicotine and other vasoactive chemicals which may affect placental circulation also finds itself closely linked with development of the condition.

In terms of quantifying the risk, Draper et al performed a case control study to quantify the risk of such use.  The interesting aspect of their study is that they confirmed drug use through analysis of maternal hair to demonstrate exposure.  Previous studies relied on maternal interviews to disclose which drugs had been used in pregnancy which may be prone to omission.  They found the following

So drugs from a variety of classes seem to increase risk for the condition.  Could a rise in drug use in young women account for the increase then?

Trends in Drug Use

The National Institute of Drug Abuse provides some interesting data in this regard.  The following curve demonstrates the trend in drug use in the US over a period that has seen the incidence of gastroschisis rise almost two fold. The data collected on this site is obtained from surveys and as such is prone to the same errors that any survey has namely how sure are we that what is disclosed is the reality?  Having said that it is clear that in terms of illicit drug use, cannabis accounts for the majority of the rise in use over the last decade.

Furthermore, it is well known that cannabis is a “gateway drug” and the same site indicates that over 50% of new users are under the age of 18 and of these new users the drug of choice is marijuana.

Looking at pain relievers such as tylenol and ibuprofen there is no data to suggest at least in the very young group of mothers consumption of these medications has been on the rise.  Clearly we have a problem with over prescription of opioid analgesics in pregnancy but to my knowledge these have not been associated with the development of gastroschisis.

What about smoking in teens?

As the graph from the CDC below demonstrates, smoking is at an all time low among US high school students.  These same students are the ones having babies with gastroschisis so at first glance this doesn’t seem to be a probable cause.  Are rates among low SES students showing the same decline?   A shown in this link, rates even among these groups do seem to be declining as well even though level of education does show correlations with higher prevalence of smokers. 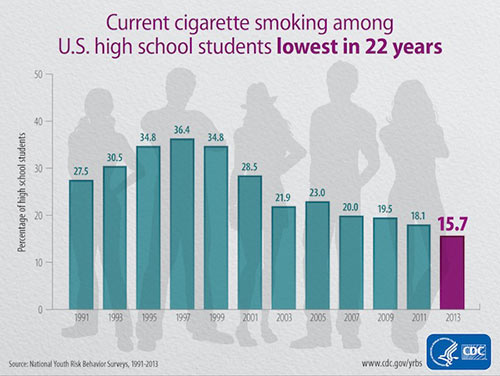 Could Increased Cannabis Use Be The Culprit?

Almost twenty years ago a surgeon mentioned to me on a rotation during my residency that he had noted an association between marijuana use and gastroschisis. 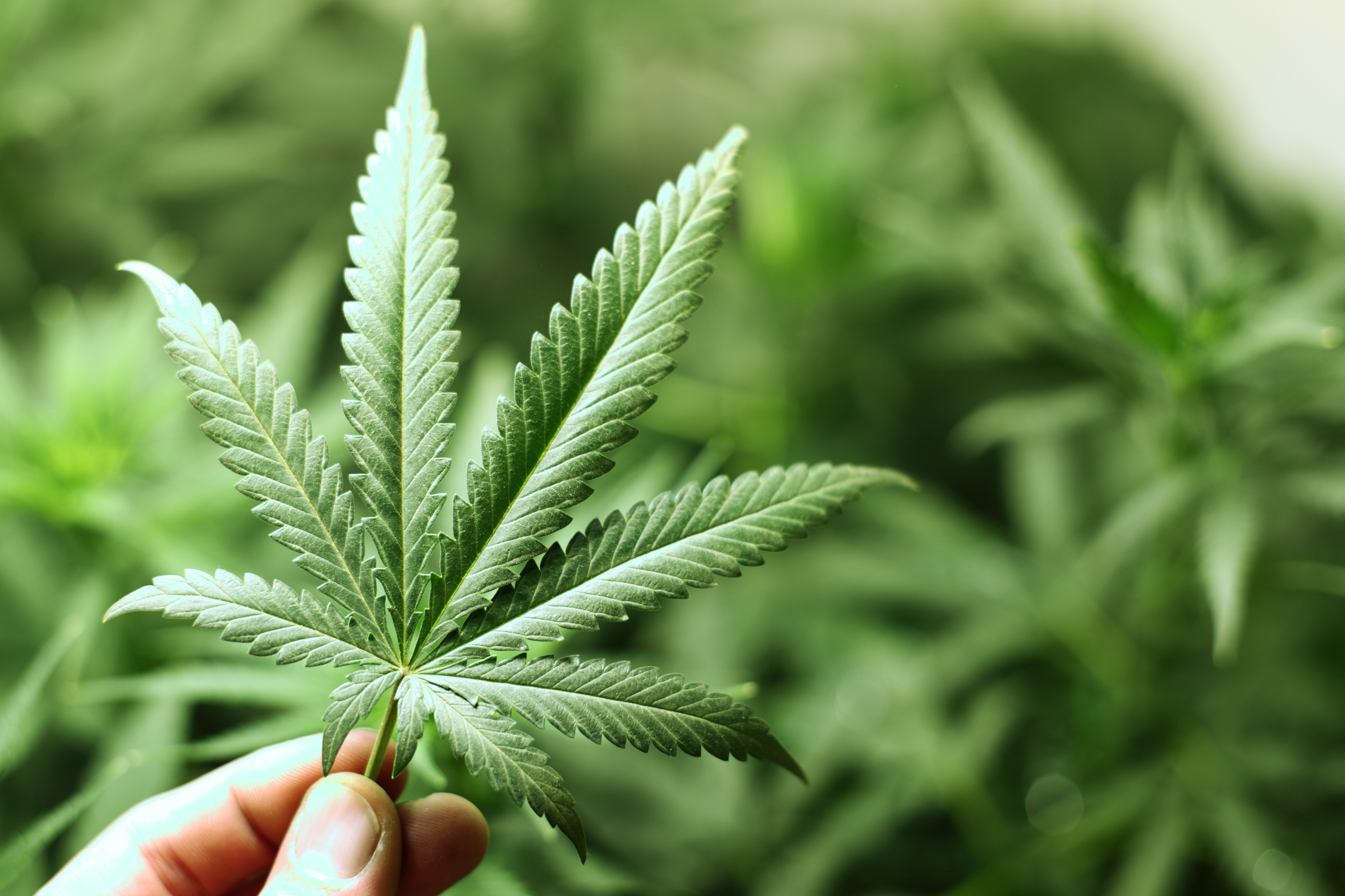 While I don’t believe this was ever published I have to admit it stuck as if it were gospel.  Some years later in another conversation about a patient with gastroschisis he said with a smile that after all these years he believes the link is an association.  Young mothers use more marijuana and they also have more babies with gastroschisis.  What we have here now though is something a little different.  The question at hand is why is gastroschisis on the rise in the same group?

Is it cannabis?  It just might be but this will need some further work to tease out.   If gastroschisis is caused by a vascular phenomenon and the only real rise in drug use affecting perfusion is that associated with cannabis, it might be.  On the other hand this could just be another association that will not stand the test of time.  I don’t have it in for cannabis and in fact believe it could one day be quite useful in Neonatology as I have written before in Marijuana Coming Soon To An NICU Near You!

What goes around comes around as the saying goes and as my colleague nears the end of his long and storied career that in the end his original observation would be proven true. I have no wish for cannabis to be linked to the increase in gastroschisis but a part of me would love to see my colleague proven right after all these years.  Stay tuned!