The New BPD That Matters 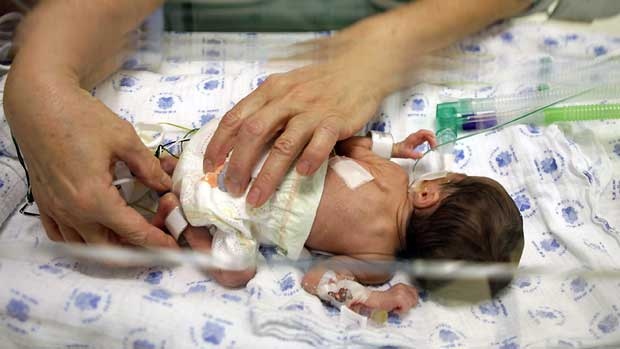 As a Neonatologist I doubt there are many topics discussed over coffee more than BPD.  It is our metric by which we tend to judge our performance as a team and centre possibly more than any other.  This shouldn’t be that surprising.  The dawn of Neonatology was exemplified by the development of ventilators capable of allowing those with RDS to have a chance at survival. 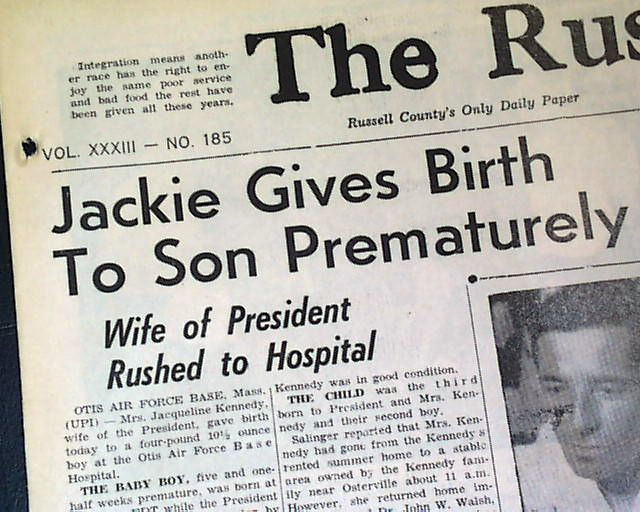 As John F Kennedy discovered when his son Patrick was born at 34 weeks, without such technology available there just wasn’t much that one could do.  As premature survival became more and more common and the gestational age at which this was possible younger and younger survivors began to emerge.  These survivors had a condition with Northway described in 1967 as classical BPD.  This fibrocystic disease which would cripple infants gave way with modern ventilation to the “new bpd”.

The disease has changed to one where many factors such as oxygen and chorioamnionitis combine to cause arrest of alveolar development along with abnormal branching and thickening of the pulmonary vasculature to create insufficient air/blood interfaces +/- pulmonary hypertension.  This new form is prevalent in units across the world and generally appears as hazy lungs minus the cystic change for the most part seen previously. Defining when to diagnose BPD has been a challenge.  Is it oxygen at 28 days, 36 weeks PMA, x-ray compatible change or something else?  The 2000 NIH workshop on this topic created a new approach to defining BPD which underwent validation towards predicting downstream pulmonary morbidity in follow-up in 2005.  That was over a decade ago and the question is whether this remains relevant today.

I don’t wish to make light of the need to track our rates of BPD but at times I have found myself asking “is this really important?”  There are a number of reasons for saying this.  A baby who comes off oxygen at 36 weeks and 1 day is classified as having BPD while the baby who comes off at 35 6/7 does not.  Are they really that different?  Is it BPD that is keeping our smallest babies in hospital these days?  For the most part no.  Even after they come off oxygen and other supports it is often the need to establish feeding or adequate weight prior to discharge that delays things these days.  Given that many of our smallest infants also have apnea long past 36 weeks PMA we have all seen babies who are free of oxygen at 38 weeks who continue to have events that keep them in hospital.  In short while we need to be careful to minimize lung injury and the consequences that may follow the same, does it matter if a baby comes off O2 at 36, 37 or 38 weeks if they aren’t being discharged due to apnea or feeding issues?  It does matter for benchmarking purposes as one unit will use this marker to compare themselves against another in terms of performance.  Is there something more though that we can hope to obtain?

When does BPD matter?

The real goal in preventing BPD or at least minimizing respiratory morbidity of any kind is to ensure that after discharge from the NICU we are sending out the healthiest babies we can into the community.  Does a baby at 36 weeks and one day free of O2 and other support have a high risk of coming back to the hospital after discharge or might it be that those that are even older when they free of such treatments may be worse off after discharge.  The longer it takes to come off support one would think, the more fragile you might be.  This was the goal of an important study just published entitled Revisiting the Definition of Bronchopulmonary Dysplasia: Effect of Changing Panoply of Respiratory Support for Preterm Neonates.  This work is yet another contribution to the pool of knowledge from the Canadian Neonatal Network.  In short this was a retrospective cohort study of 1503 babies born at <29 weeks GA who were assessed at 18-21 months of age. The outcomes were serious respiratory morbidity defined as one of:

(1) 3 or more rehospitalizations after NICU discharge owing to respiratory problems (infectious or noninfectious);

While neurosensory impairment being one of:

3) hearing aid or cochlear implant use

The authors looked at 6 definitions of BPD and applied examined how predictive they were of these two outcomes.  The combination of oxygen and/or respiratory support at 36 weeks PMA had the greatest capacity to predict this composite outcome.  It was the secondary analysis though that peaked my interest.  Once the authors identified the best predictor of adverse outcome they sought to examine the same combination of respiratory support and/oxygen at gestational ages from 34 -44 weeks PMA.  The question here was whether the use of an arbitrary time point of 36 weeks is actually the best number to use when looking at these longer term outcomes.  Great for benchmarking but is it great for predicting outcome?

It turns out the point in time with the greatest likelihood of predicting occurrence of serious respiratory morbidity is 40 weeks and not 36 weeks.  Curiously, beyond 40 weeks it becomes less predictive.  With respect to neurosensory impairment there is no real difference at any gestational age from 34-44 weeks PMA.

From the perspective of what we tell parents these results have some significance.  If they are to be believed (and this is a very large sample) then the infant who remains on O2 at 37 weeks but is off by 38 or 39 weeks will likely fair better than the baby who remains on O2 or support at 40 weeks.  It also means that the risk of neurosensory impairment is largely set in place if the infant born at < 29 weeks remains on O2 or support beyond 33 weeks.  Should this surprise us?  Maybe not.  A baby who is on such support for over 5 weeks is sick and as a result the damage to the developing brain from O2 free radical damage and/or exposure to chorioamnionitis or sepsis is done.

It will be interesting to see how this study shapes the way we think about BPD.  From a neurosensory standpoint striving to remove the need for support by 34 weeks may be a goal worth striving for.  Failure to do so though may mean that we at least have some time to reduce the risk of serious respiratory morbidity after discharge.

Thank you to the CNN for putting out what I am sure will be a much discussed paper in the months to come.