Can Montelukast Change The Course of BPD 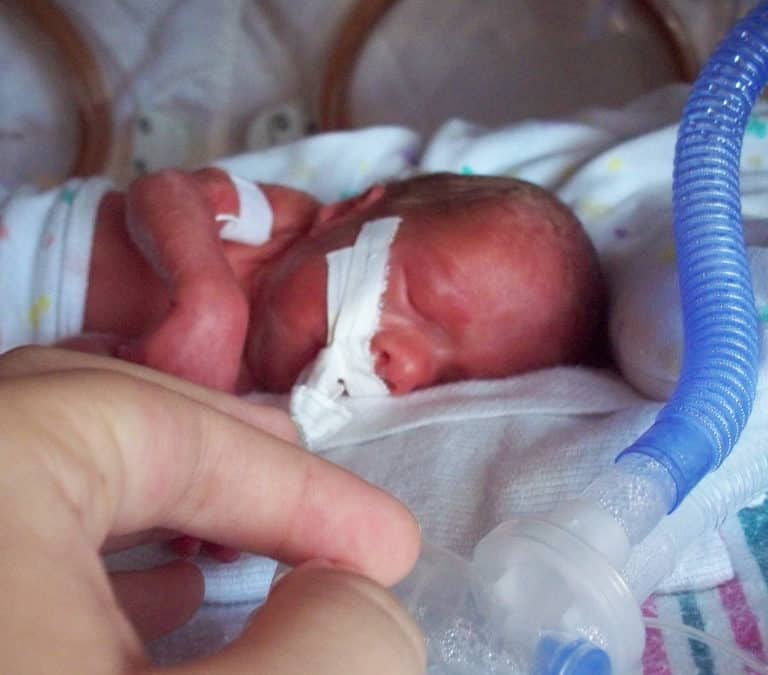 What is old is new again as the saying goes.  I continue to hope that at some point in my lifetime a “cure” will be found for BPD and is likely to centre around preventing the disease from occurring.  Will it be the artificial placenta that will allow this feat to be accomplished or something else?  Until that day we unfortunately are stuck with having to treat the condition once it is developing and hope that we can minimize the damage.  When one thinks of treating BPD we typically think of postnatal steroids.  Although the risk of adverse neurodevelopmental outcome is reduced with more modern approaches to use, such as with the DART protocol,most practitioners would prefer to avoid using them at all if possible.  We know from previous research that a significant contributor to the development of BPD is inflammation.  As science advanced, the specific culprits for this inflammatory cascade were identified and leukotrienes in particular were identified in tracheal lavage fluid from infants with severe lung disease.  The question then arises as to whether or not one could ameliorate the risk of severe lung disease by halting at least a component of the inflammatory cascade leading to lung damage.

In our unit, we have tried using the drug monteleukast, an inhibitor of leukotrienes in several patients.  With a small sample it is difficult to determine exactly whether this has had the desired effect but in general has been utilized when “all hope is lost”.  The patient has severe disease already and is stuck on high frequency ventilation and may have already had a trial of postnatal steroids.  It really is surprising that with the identification of leukotriene involvement over twenty years ago it took a team in 2014 to publish the only clinical paper on this topic.  A German team published Leukotriene receptor blockade as a life-saving treatment in severe bronchopulmonary dysplasia.in 2014 and to date as far as I can see remains the only paper using this strategy. Given that we are all looking for ways to reduce BPD and this is the only such paper out there I thought you might want to see what they found.  Would this be worth trying in your own unit?  Well, read on and see what you think!

This study had an unusual design that will no doubt make statistical purists cringe but here is what they did.  The target population for the intervention were patients with “life threatening BPD”.  That is, in the opinion of the attending Neonatologist the patient had a greater than 50% likelihood of dying and also had to meet the following criteria; born at < 32 weeks GA, <1500g and had to be ventilated at 28 days.  The authors sought a blinded RCT design but the Research Ethics Board refused due to the risk of the drug being low and the patients having such a high likelihood of death.  The argument in essence was if the patients were likely to die and this drug might benefit them it was unethical to deny them the drug.  The authors attempted to enroll all eligible patients but wound up with 11 treated and 11 controls.  The controls were patients either with a contraindication to the drug or were parents who consented to be included in the study as controls but didn’t want the drug.  Therapy was started for all between 28 – 45 days of age and continued for a wide range of durations (111+/-53 days in the study group).  Lastly, the authors derived a score of illness severity that was used empirically:

– support was equal to 2.5 for a ventilator. 1.5 for CPAP and 1 for nasal cannulae or an oxygen hood

– medications were equal to 0.2 for steroids, 0.1 for diruetics or inhaled steroids, 0.05 for methylxanthines or intermittent diruetics.

Did it make a difference?

The study was very small and each patient who received the medication was matched with one that did not receive treatment.  Matching was based on GA, BW and the PSC with matching done less than 48 hours after enrollment in an attempt to match the severity of illness most importantly.

First off survival in the groups were notably different.  A marked improvement in outcome was noted in the two groups.  Of the deaths in the control group, the causes were all pulmonary and cardiac failure, although three patients died with a diagnosis of systemic inflammatory response syndrome.  That is quite interesting given that monteleukast is an anti-inflammatory medication and none of the patients in the treatment arm experienced this diagnosis.

The second point of interest is the trend in the illness severity score over time. 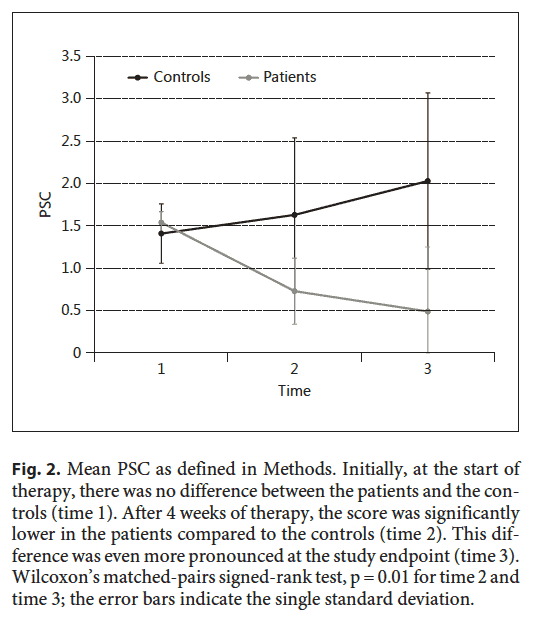 The time points in the figure are time 1 (start of study), time 2 (4 weeks of treatment), time 3 (end of treatment).  These patients improved much more over time than the ones who did not receive treatment.

The Grain of Salt

As exciting as the results are, we need to acknowledge a couple things.  The study is small and with that the risk of the results appearing to be real but in actual fact there being no effect is not minimal.  As the authors knew who was receiving monteleukast it is possible that they treated the kids differently in the unit.  If you believed that the medication would work or moreover wanted it to work, did you pay more attention on rounds and during a 24 hour period to those infants?  Did the babies get more blood gases and tighter control of ventilation with less damage to the lungs over time?  There are many reasons why these patients could have been different including earlier attempts to extubate.  The fact is though the PSC scores do show that the babies indeed improved more over time so I wouldn’t write it off entirely that they did in fact benefit.  The diagnosis of SIRS is a tough one to make in a newborn and I worry a little that knowing the babies didn’t receive an anti-inflammatory drug they were “given” that diagnosis.

Would I use it in spite of these faults? Yes.  We have used it in such cases but I can’t say for sure that it has worked.  If it does, the effect is not immediate and we are left once we start it not knowing how long to treat.  As the authors here say though, the therapeutic risk is low with a possibly large benefit.  I doubt it is harmful so the question we are left asking is whether it is right for you to try in your unit?  As always perhaps a larger study will be done to look at this again with a blinded RCT structure as the believers won’t show up I suspect without one!