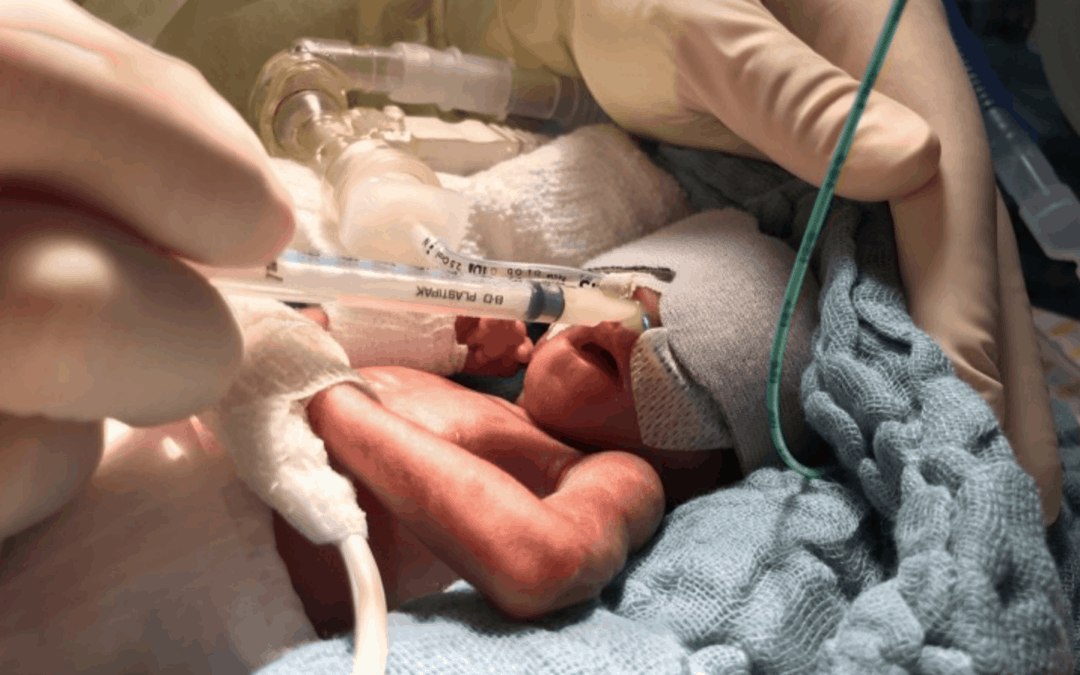 It isn’t often in Neonatology these days that something truly innovative comes along. While the study I will be discussing is certainly small I think it represents the start of something bigger that we will see evolve over the coming years.

There is no question that the benefits of mother’s own milk are extensive and include such positive outcomes as improved cognition in preterm infants and reductions in NEC. The benefits come from the immunological properties as well as the microbiome modifying nature of this source of nutrition and have been discussed many times over. Mother’s own milk contains a couple of very special things that form the basis of the reason for the study to be presented.

What are neurotrophins and stem cells?

Before discussing the study it is important to understand what these two classes of molecules and cells are capable of. Neurotrophins are molecules that have the capability of promoting growth and survival of neural cells. Included in this class are EGF, brain-derived neurotrophic factor, glial derived neurotrophic factor, nerve growth factor, insulin-like growth factor-1, and hepatic growth factor. It turns out that not only are these found in high concentrations in breast milk but that a woman who produces breast milk at early gestational ages has higher amounts of these substances in her milk. Pretty convenient that substances promoting development of the brain and survival of brain cells increase the earlier you deliver! Stem cells are pluripotent cells meaning that they can develop into pretty much any cell type that they need to in the body. This would come in handy for example if you needed some new cells in the brain after a neurological insult. These are also present in mother’s milk and in fact can represent as much as 30% of the population of cells in breast milk.

The Nasal Cavity and the Brain

Clearly, the distance from the nasal cavity to the brain is relatively short. Without going into exhaustive detail it has been demonstrated in animal models that provision of medications intranasally can reach the brain without traversing the blood stream. This affords the opportunity to provide substances to the neonate through the nasal cavity in the hopes that it will reach the brain and achieve the desired effect.  When you think about it, newborns when feeding have contact between the whole nasopharyngeal cavity and milk (as evidenced by milk occasionally dripping out of the nose when feeding) so using an NG as we do in the NICU bypasses this part of the body.  Is that a good thing?

Researchers in Germany led by Dr. Kribs published an early experience with this strategy in their article Intranasal breast milk for premature infants with severe intraventricular hemorrhage—an observation. In this paper the strategy;follows; 2 × 0.1 ml of his or her mother’s milk 3 to 8 times a day (0.6 to 1.6 ml total per day). The breast milk was freshly expressed, which means the milk was used within 2 h after expression. The daily application started within the first 5 days of life and was continued for at least 28 days to a maximum of 105 days.

The outcome of interest was whether the severe IVH would improve over time compared to a cohort of infants with severe IVH who did not receive this treatment. Importantly this was not a randomized trial and the numbers are small. A total of 31 infants were included with 16 receiving this treatment and 15 not. The two groups were compared with the results as follows. 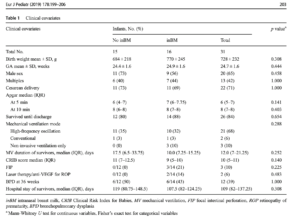 The results don’t reach statistical significance but there is a trend at the bottom of the table above to having less progressive ventricular dilatation and surgery for the same.  Again this is a very small study so take the results with a grain of salt!

Is this practice changing?  Not yet but it does beg the question of what a properly designed RCT might look like.  The authors predict what it might look like with a sham nasal application versus fresh mother’s milk. I do wonder though if it may become a study that would be hard to recruit into as when families are approached and the potential benefit explained it may be hard to get them to say anything other than “Just give my baby the breast milk!”  Such is the challenge with RCTs so it may be that a larger retrospective study will have to do first. Regardless, be on the lookout for this research as I suspect we may see more studies such as this coming and soon!

* Featured image from the open access paper.  (There couldn’t be a better picture of this out there!)