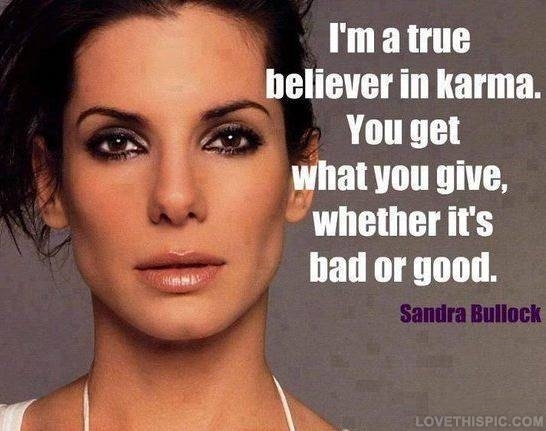 The Truth About Call Karma

My Call Karma has turned for the worse.  At least this is what I told myself as I drove home from the hospital last night.  My last seven days has seen me at the deliveries for three infants with a combined weight of 1650g or about 4 lbs and in two other patents lose the battle in our teams fight to preserve a life.  There is no doubt this has been trying for myself and for that matter the rest of the teams I have worked with during that time.  In the field of Neonatology, members of our team would say this has been “a bad week”.  For those that know me you would also say that this is quite surprising as I am known for having good “Call Karma”.

On that 20 minute drive home I had some time to think about that statement and the more I did, the more I questioned (possibly due to a sleep deprived state) why I and other colleagues utter such words.  At some point or another I have heard most physicians I know speak in such terms or use the word luck in the place of Karma.  What is Call Karma exactly for those of you who are really confused at this point?  The concept of Call Karma is that some health care practitioners seem to have very uneventful times when on call and others plagued by the busiest shifts or weeks or service seemingly every time they are working.  Before I go on, I will state the obvious, that this seems preposterous to anyone who has read so far and knows anything about statistics unless of course you believe that there are forces at work manipulating probabilities.  Nonetheless, if you work in a hospital and listen for it you will hear people mention Call Karma from time to time when things are exceptionally busy or quiet in the NICU while someone is on call or service.   This is also not something that is restricted to those with more or less experience, as I have heard it said many times over by people at both ends of the years of service spectrum.

As I was trying to settle myself after a rough night in the NICU I took to several literature search sites and tried to find an article on Call Karma.  After spending more time than I would like to admit I came up with zero results.  Twitter was more productive, as I came across many tweets on the subject with people referencing both their good and bad experiences in the hospital.  What I did not find was a blog post or article on the subject anywhere, yet having worked in two hospitals and heard the expression used countless times it seems it is common vernacular wherever you find health care providers.

What is Karma?  Karma as defined by dictionary.com using the Hindu or Buddhist meaning is:

An action, seen as bringing upon oneself inevitable results, good or bad, either in this life or in a reincarnation.

Applying this definition to being on call or service I believe explains exactly what Call Karma is.  Women are not choosing when to deliver their infants based on our call schedules nor are babies deciding when and how sick they will get depending on who comes into the NICU that day in their scrubs to start call or service.

Call Karma exists in our heads and is the result of myopic views of our work life combined with confirmation bias and a healthy dose of support from those around us and is inevitable as the definition suggests above for some of us in this life (I will leave the reincarnation piece out of it!).  Confirmation bias is the tendency to notice data that confirm our suspicions about the truth as we see it and ignore data streams that contradict that perception.  Using the example of call, if five out of ten weeks of service are “busy” and five are more uneventful we will pay no attention to the calm times but accept the label of bad Call Karma when someone mentions it to us during those weeks that are particularly stressful.  Myopia rears it’s ugly head in this situation, as we tend to look at the short term events as confirmatory during a bad week rather than remembering the last nine weeks and how they all went as well.  We are slaves to the “here and now”.

Finally the last piece of the puzzle has to do with the above definition which includes the words”bringing upon onseself”.  How we perceive and handle these busy weeks is just as important as the acuity as observed by others.  Are you a health care provider who obsesses over details, likes to micromanage and feels the need to be present in the unit for fear that the people around you can’t be trusted to do as careful a job as you would?  If so, your perception of your weeks will be quite different that the practitioner who takes the approach of being more trusting of those on call in the NICU and being more of a big picture person.  Our minds can only handle so much information at once and if you have several babies sick at the same time and have a obsessive need to know every sodium, hemoglobin and CRP result trended over time for each patient you will in fact be busier than the person who takes a less micromanaged approach. Same patients, just a different perception of acuity and business and therefore stress.  It is such type A behaviour that I believe is what brings most of the karma upon us.  It doesn’t take much acuity to have those with such behaviours perceive that they are busier than others.  Add to this, people around them who see them in the unit working tirelessly on service and then commenting that their karma is bad and…voila you have the perfect setup for bad Call Karma!

So as I prepare to start this day anew I conclude this post with the following.  Call Karma exists but like anything the power to change it lies within yourself.  Today may bring good or bad but statistics would say I am due for a break…or not.