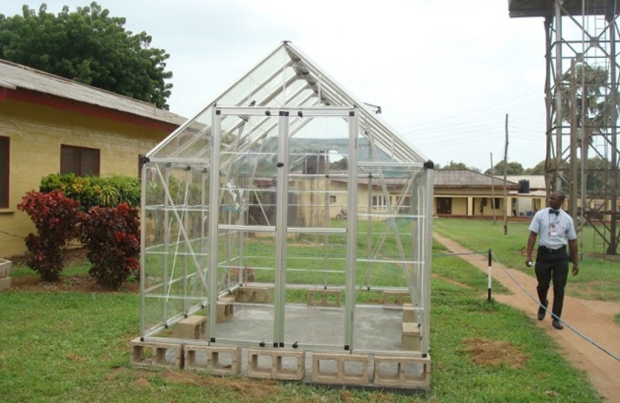 Elon Musk, a name synonymous with technology in our time (as the brains behind the all-electric Tesla automobile), had this to say about the “Good Old Days”

“If anyone thinks they’d rather be in a different part of history, they’re probably not a very good student of history. Life sucked in the old days. People knew very little, and you were likely to die at a young age of some horrible disease…”

I wonder what he would say though about Sister J Ward who worked in the premature unit at Rochford General Hospital, Essex in the 1950s.

It was during this time that she took a baby outside with her to enjoy a warm afternoon.  Upon returning to the unit and taking off the sheet that accompanied the child she noticed a discrepancy between the yellow colour which remained under the covered skin and that which had been exposed to sunlight.  Her observation led her to conclude that the sunlight had in fact been responsible for the change (and she was right!) but her conclusion was largely ignored.

Soon thereafter a tube of blood provided the convincing evidence that the sun was in fact directly responsible for such a change.  This tube which had been left on the windowsill in the sun was tested for a bilirubin level and found to be low.  As the care providers felt the test was inaccurate a repeat sample was drawn and the fresh tube contained a much higher level.  A repeat sample of the blood that was again left in the sun showed an even lower level than previously seen inspiring researchers to seek out the effect of light on bilirubin.  This ushered in the age of phototherapy lamps that are used around the world today.  The design of such lamps has undergone many changes with the current models mostly focusing on the generation of light in the blue spectrum.  Mostly gone in the developed world are the long phototherapy bright light tubes that were ubiquitous when I was in residency.  It didn’t start off that way though.  All you needed was a little golden sun!

A Randomized Trial of Sunlight to….

This month in the New England Journal of Medicine a non-inferiority study has been published comparing conventional phototherapy with BiliBlankets to you guessed it…sunlight. 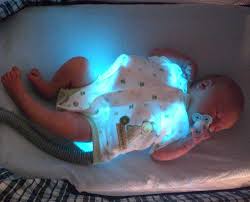 The study took place in Nigeria where such a study is both practical and possible.  Conducting the study in Winnipeg for example would yield a treatment that could be used for 3-4 months a year at best but in a more temperate part of the world it indeed is a reasonable question to ask.  The infants randomized to sunlight were placed under filtered light using either a canopy made of an Air Blue 80 film on overcast days or when sunny, in a Gila Titanium film.  These films have been shown to essentially block all UV light while allowing light in the blue spectrum through.  Aside from Sister Ward demonstrating that sunlight was an effective treatment for jaundice over 60 years ago, a significant motivation for determining if sunlight could be employed is the cost difference of the two strategies.  A BiliBlanket will cost between 2-3000 dollars each while these canopies can be made for  $0.55 and $1.50 per square foot of film type respectively and $44 and $120 for a canopy for six to eight mother–infant pairs with Titanium and Air Blue 80 films.  I 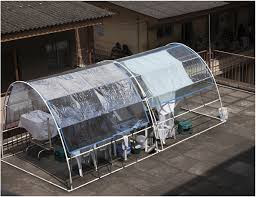 n countries where resources are scarce one can see the compelling reason to try such a strategy.

The criteria for efficacy were twofold.  The first outcome was achieving a rate of increase in total serum bilirubin of less than 0.2 mg per deciliter per hour for infants up to 72 hours of age or secondly a decrease in total serum bilirubin for infants older than 72 hours of age who were receiving at least 5 hours of phototherapy.  After comparing 250 courses using sunlight to 311, five hour exposures to BiliBlankets, sunlight was found to be equally effective.  Interestingly, the spectral irradiance (measure of the intensity of the light source) however was significantly higher in the group receiving sunlight 40 vs. 17 μW per square centimeter per nanometer, P<0.001.  Additionally, the total area covered was greater under the canopy which may help to explain why in a secondary analysis the rate of decline in bilirubin was found to be faster with sunlight.

But is it safe?

Putting babies under the sun for 5 hours would seem to go against everything we have been taught but remember this was filtered light so sunburn was not a concern.  Temperatures were monitored for all children and if necessary they were moved into the shade to cool off or in other cases on quite hot days prophylactic cool towels were applied intermittently. In the end though only one baby recorded a short-lived temperature over 39 degrees, no babies became dehydrated and in only one case was a doctor called to see a child.

We are blessed to live in a country where we have ready access to phototherapy blankets, overhead lights that are either independent free units or integrated into expensive neonatal beds.  This is not always the case in the developing world.  I find it simply amazing that a discovery over 50 years ago that led to the development of an entire industry would one day be simplified back to where it all began.  We must not forget that while bilirubin encephalopathy leading to kernicterus is rare in the developed world, in places without access to phototherapy it is a real and present danger.  We now know that the most naturopathic treatment of all; the sun which is free and readily available is just as effective and possibly more than our high-tech devices.

Elon Musk may be one of the most brilliant inventors of the modern era but with respect to caring for babies with yellowing of the skin, Sister Ward had a leg up on him.