Just how safe is feeding while on CPAP? 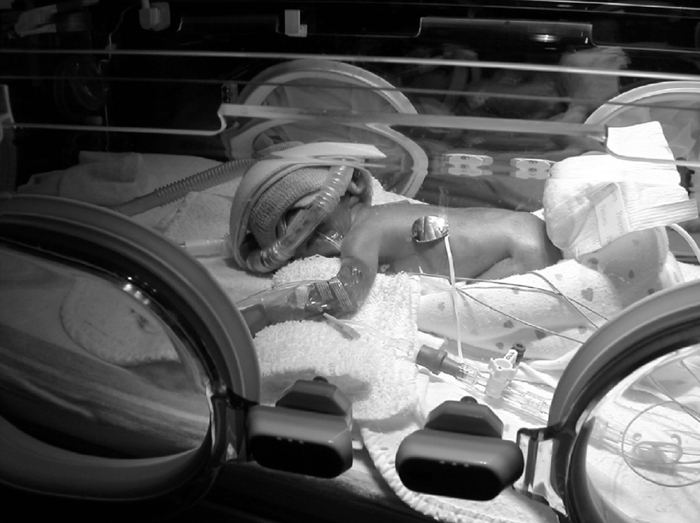 This is becoming “all the rage” as they say.  I first heard about the strategy of feeding while on CPAP from colleagues in Calgary.  They had created the SINC * (Safe Individualized Feeding Competence) program to provide an approach to safely introducing feeding to those who were still requiring CPAP.  As news of this approach spread a great deal of excitement ensued as one can only imagine that in these days when attainment of oral feeding is a common reason for delaying discharge, could getting an early start shorten hospital stay?  I could describe what they found with the implementation of this strategy but I couldn’t do it the same justice as the presenter of the data did at a recent conference in Winnipeg.  For the slide set you can find them here.  As you can imagine, in this experience out of Calgary though they did indeed find that wonderful accomplishment of shorter hospital stays in the SINC group.  We have been so impressed with the results and the sensibility of it all that we in fact have embraced the concept and introduced it here in both of our units.  The protocol for providing this approach is the following. 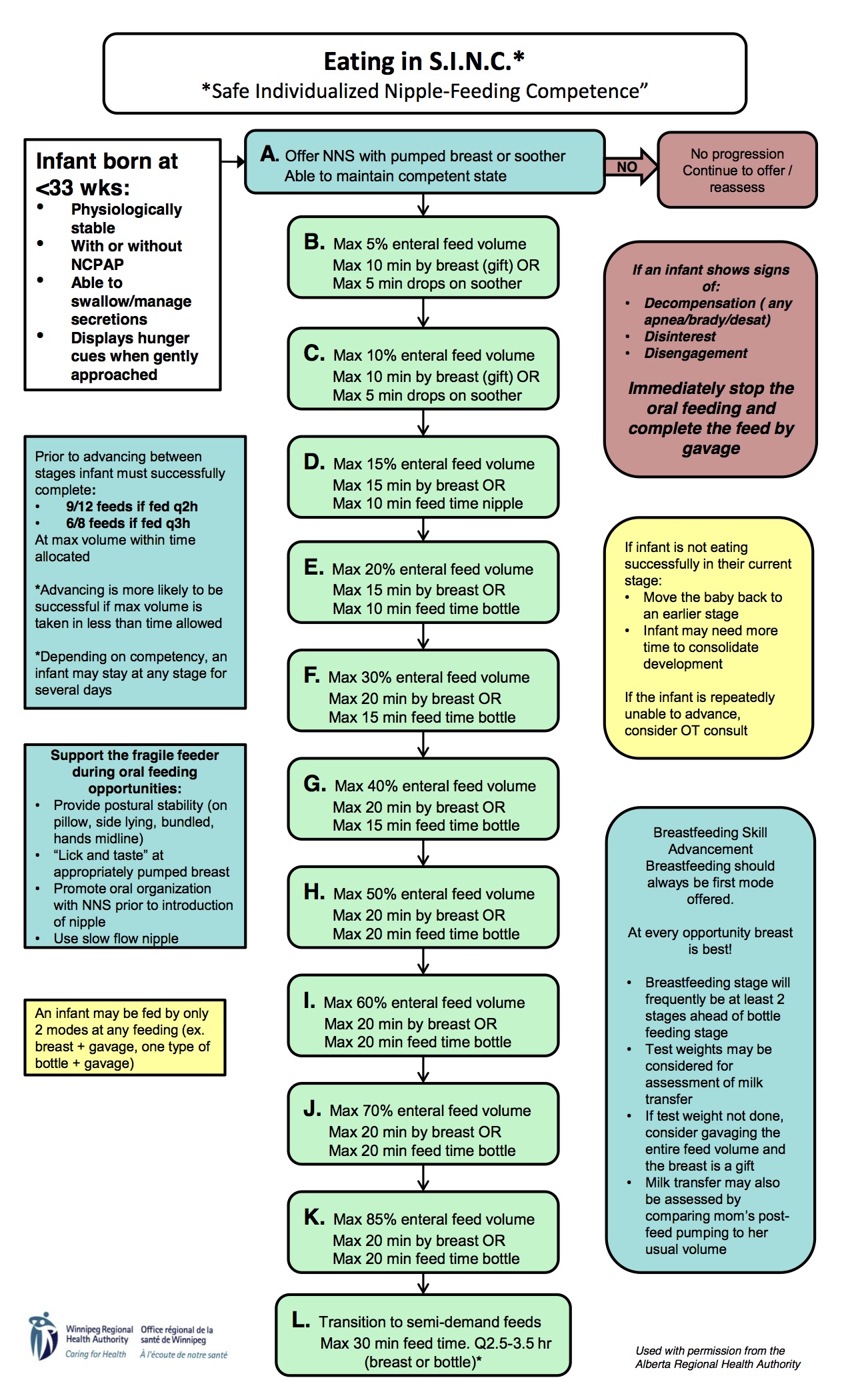 I have to admit, while I have only experienced this approach for a short time the results do seem to be impressive.  Although anecdotal a parent even commented the other day that she felt that SINC was instrumental in getting her baby’s feeding going!  With all this excitement around this technique I was thrown a little off kilter when a paper came out suggesting we should put a full stop to feeding on CPAP!

What caused my spirits to dampen? This study enrolled preterm infants who were still on CPAP at ≥ 34 weeks PMA and were taking over 50% of required feeding volumes by NG feeding.  The goal was to look at 15 patients who were being fed on CPAP +5 and with a mean FiO2 of 25% (21-37%) using video fluoroscopic swallowing studies to determine whether such patients aspirate when being fed.  The researchers became concerned when each of the first seven patients demonstrated abnormalities of swallowing function indicating varying degrees of aspiration.  As such they took each patient off CPAP in the radiology suite and replaced it with 1 l/min NP to achieve acceptable oxygen saturations and repeated the study again.  The results of the two swallow studies showed remarkable differences in risk to the patient and as such the recruitment of further patients was stopped due to concerns of safety and a firm recommendation of avoiding feeding while on CPAP was made.

Let me start off by saying that I don’t have any particular fight to pick with the RAM cannulae.  They serve a purpose and that is they allow CPAP to be delivered with a very simple set of prongs and avoid the hats, straps and such of more traditional CPAP devices. We have used them as temporary CPAP delivery when moving a patient from one area to another.  As the authors state the prongs are sized in order to ensure the presence of a leak.  This has to do with the need to provide a way for the patient to exhale when nasal breathing.  Prongs that are too loose have a large leak and may not deliver adequate pressure while those that are too tight may inadvertently deliver high pressure and therefore impose significant work of breathing on the patient.  Even with appropriate sizing these prongs do not allow one to exhale against a low pressure or flow as is seen with the “fluidic flip” employed with the infant flow interface. With the fluidic flip, exhalation occurs against very little resistance thereby reducing work of breathing which is not present with the use of the RAM cannula.

A comparison of the often used “bubble CPAP” to a variable flow device also showed lower work of breathing when variable flow is used.

Trying to feed an infant who is working against a constant flow as delivered by the RAM cannulae is bound to cause problems.  I don’t think it should be a surprise to find that trying to feed while struggling to breathe increases the risk of aspiration.  Similarly, under treating a patient by placing them on nasal prongs would lead to increased work of breathing as while you may provide the needed O2 it is at lower lung volumes.  Increasing work of breathing places infants at increased risk of aspiration.  That is what I would take from this study.  Interestingly, looking at the slide set from Calgary they did in fact use CPAP with the fluidic flip.  Smart people they are.  It would be too easy to embrace the results of this study and turn your nose to the SINC approach to feeding on CPAP.  Perhaps somewhere out there someone will read this and think twice about abandoning the SINC approach and a baby will be better for it.