Intubating to give surfactant is so 2017! 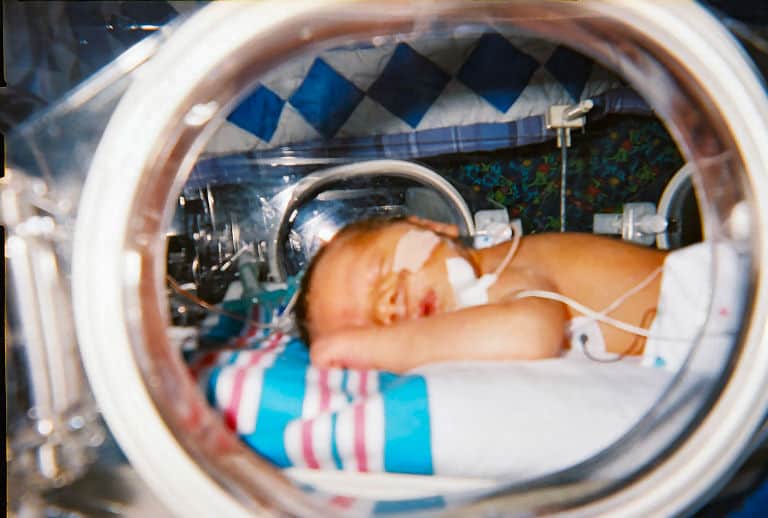 A real change is coming and with this post you will get a glimpse into where the next big thing in Neonatology is likely to be.  A catchy title for sure and also an exaggeration as I don’t see us abandoning the endotracheal tube just yet.  There has been a lot of talk about less invasive means of giving surfactant and the last few years have seen several papers relating to giving surfactant via a catheter placed in the trachea (MIST or LISA techniques as examples).  There may be a new kid on the block so to speak and that is aerosolized surfactant.  This has been talked about for some time as well but the challenge had been figuring out how to aerosolize the fluid in such a way that a significant amount of the surfactant would actually enter the trachea.  This was really a dream of many Neonatologists and based on a recently published paper the time may be now for this technique to take off.

A Randomized Trial of Aerosolized Surfacant

Minocchieri et al as part of the CureNeb study team published Nebulised surfactant to reduce severity of respiratory distress: a blinded, parallel, randomised controlled trial. This trial set out to obtain a sample size of 70 patients between 29 0/7 to 33 6/7 weeks to demonstrate a difference in need for intubation from 30% down to 5% in patients treated with CPAP (30% was based on the historical average).  The authors recognizing that the babies in this GA bracket might behave differently, further stratified the randomization into two groups being 29 0/7 – 31 6/7 weeks and 32 0/7 to 33 6/7 weeks.  Those babies who were on CPAP and met the following criteria for intubation were either intubated in the control group and given surfactant (curosurf) using the same protocol as those nebulized or had surfactant delivered via nebulisation (200 mg/kg: poractant alfa) using a customised vibrating membrane nebuliser (eFlow neonatal). Surfactant nebulisation(100 mg/kg) was repeated after 12 hours if oxygen was still required.  The primary dichotomous outcome was the need for intubation within 72 hours of life, and the primary continuous outcome was the mean duration of mechanical ventilation at 72 hours of age.

Eureka! It seemed to work as 11 of 32 infants were intubated in the surfactant nebulisation group within 72 hours of birth vs.22 out of 32 infants receiving CPAP alone (RR (95% CI)=0.526 (0.292 to 0.950)). The reduction though was accounted for by the bigger babies in the 32 0/7 to 33 6/7 weeks group as only 1 of 11 was intubated when given nebulized surfactant compared to 10 of 13 managed with CPAP.  The duration of ventilation in the first 72 hours was not different between the groups: the median (range) 0 (0–62) hour for the nebulization group and 9 (0–64) hours for the control group (p=0.220).  It is important in seeing these results that the clinicians deciding whether infants should be intubated for surfactant administration were blind to the arm the infants were in.  All administration of curosurf via nebulization or sham procedures were done behind a screen.

The total number of infants randomized were 66 so they did fall shy of the necessary recruitment but since they did find a difference the results seem valid.  Importantly, there were no differences in complications although I can’t be totally confident there really is no risk as this study was grossly underpowered to look at rarer outcomes.

Breaking down the results

This study has me excited as what it shows is that “it kind of works“.  Why would larger babies be the ones to benefit the most?  My guess is that some but not a lot of surfactant administered via nebulization reaches the alveoli.  Infants with lesser degrees of surfactant deficiency (32 0/7 to 33 6/7) weeks might get just enough to manage without an endotracheal tube.  Those infants (in particular less than 32 0/7 weeks) who have more significant surfactant deficiency don’t get enough and therefore are intubated.  Supporting this notion is the overall delay in time to intubation in those who were intubated despite nebulization (11.6 hours in the nebulization group vs 4.9 hours in the control arm).  They likely received some deposition in the distal alveoli but not enough to completely stave off an endotracheal tube.

One concerning point from the study though had to do with the group of infants who were intubated despite nebulization of surfactant.  When you look at total duration of ventilation (hours) it was 14.6 (9.0–24.8) in the control arm vs 25.4 (14.6–42.2) p= 0.029*.  In other words infants who were intubated in the end spent about twice as long intubated as those who were intubated straight away.  Not a huge concern if you are born at 32 weeks or more but those additional thousands of positive pressure breaths are more worrisome as a risk for CLD down the road.

As it stands, if you had an infant who was 33 weeks and grunting with an FiO2 of 35% might you try this if you could get your hands on the nebulizer?  It appears to work so the only question is whether you are confident enough that the risk of such things as pneumothorax or IVH isn’t higher if intubation is delayed.  It will be interesting to see if this gets adopted at this point.

The future no doubt will see a refinement of the nebulizer and an attempt to see how well this technique works in infants below 29 weeks.  It is in this group though that prolonging time intubated would be more worrisome.  I don’t want to dismiss this outright as I see this as a pilot study that will lead the way for future work that will refine this technique.  If we get this right this would be really transformative to Neonatology and just might be the next big leap.